In the '28 manual, there's an instruction to construct a Newton's disc. The small apparatus with a colour wheel should demonstrate that the primary colours (or colours of the rainbow) fade into white when mixed by spinning the disc rapidly. 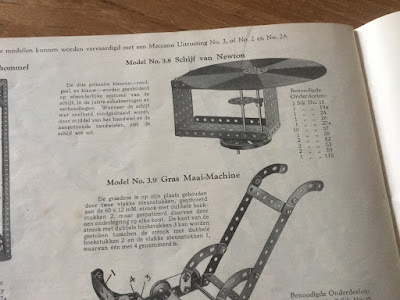 So to build one. Built from period parts with some modifications and improvements. It seems to have been the purpose of the instruction manual to show constructions that have a lot of scope for improving. Two strips for some bracing were well within the parts-list of a number 2 outfit. Likewise some improved bearings with a bush-wheel and a two-stage x4 gearing. 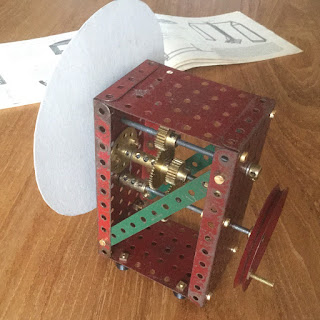 The instruction manual image suggests it being hand-held, the design also works well as a free-standing little apparatus (with a set of newly printed rubber feet).

Quite surprisingly it actually works; reality conforming to theory! Hard to capture as the shutter of the camera is faster than the human eye. The centre ring still shows colour at ~300 rpm in a picture, but shows completely monochrome, light grey to the human eye. Amaze the kids ;-) 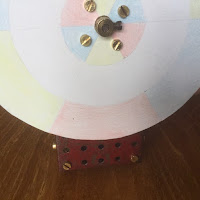 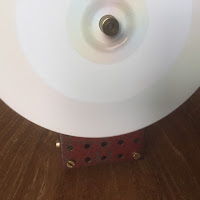 With Meccano being a construction system, then everything of course taken apart again for a next little build. 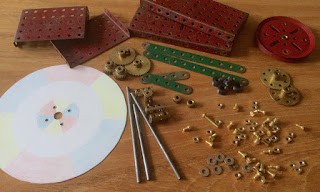