After dropping off some stuff at the large, local charity shop I also did a quick round. In the whole store there was one typewriter. An Olivetti. 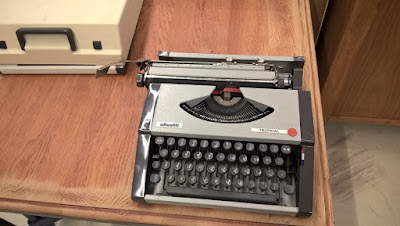 An Olivetti Tropical portable typewriter. Not a name I'd seen before, looks a bit like an Olympia Traveller. The touch felt very light and everything seemed to work fine. Very likely a fine writing machine with many decades of use in it - however this is not a styling that appeals to me at all. A far cry from the first Olivetti portable machine indeed. 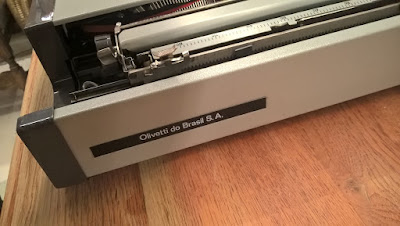 Small surprise at the rear of the machine. Despite its beige-box styling, there perhaps is something tropical about the machine.
Posted by RobertG at 12:47 PM