Large it was. The machine itself, a solid office desktop machine, has already quite a footprint; add to that a carriage with a 50 cm wide platen. This could take an A3 - sideways. This really made it unwieldy, hard to carry and hard to store.

Heavy it was. Even though most of the machine was aluminium, the material was used rather generously. Very solidly built. The extra wide carriage probably made the machine just that little bit heavier than even a regular version would be.

Green it was almost but not quite. It is the brand's particular shade of not quite green and not quite grey. It's period I suppose.

Gone it is. Selling it on the local online auction site proved really not feasible. There just isn't that much interest in a 50 cm platen machine, as I can well imagine. Now I've read about the desirability of these machines elsewhere, but overhere they are as common as mud. There are at any given time 5 or 10 of these listed in between several hundred machines of other makes and sizes. And that is just the local (national) auction site for this fairly small market. So in the end it was dropped off at the local charity shop... 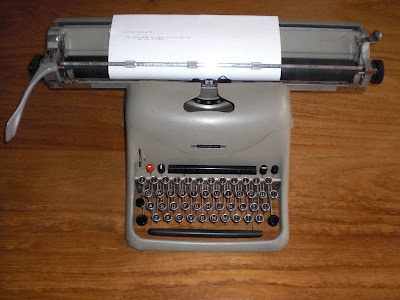 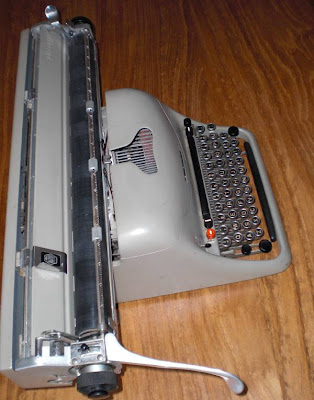 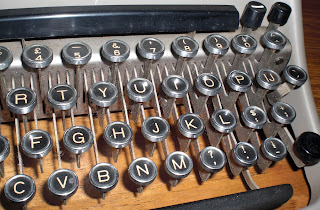 When I got it (ages ago), I rather liked the glass-topped keys. They did however seem quaint and out of place on the otherwise sleek and modern body. I've assumed that for specific keyboard layouts (e.g. with the 'ij' key) for smaller markets glass keys may have been used. Then they would perhaps not need tooling to make small-run keytop graphics. Or it's just random. 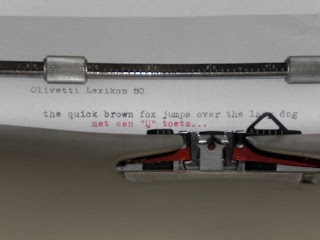 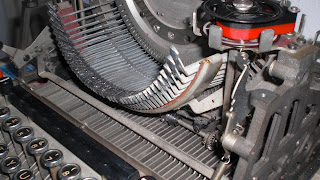 Every machine has a serial number, so I've read. Being curious, I looked for it but couldn't find a serial number anywhere on this machine. I didn't remove any glued-down felt padding to look underneath, but otherwise I looked pretty much all over the machine and I did use a flashlight. Not a number in sight. The one thing that was inside the machine was a small scrap of paper with the word 'Asterlist', stuck under a clip. No idea what that was of/for/about; maybe the name of the typeface. I put the scrap of paper back where it was and put the machine together again. 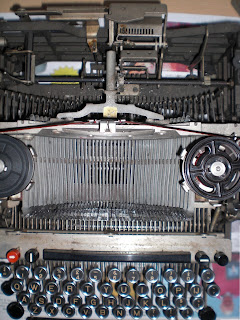 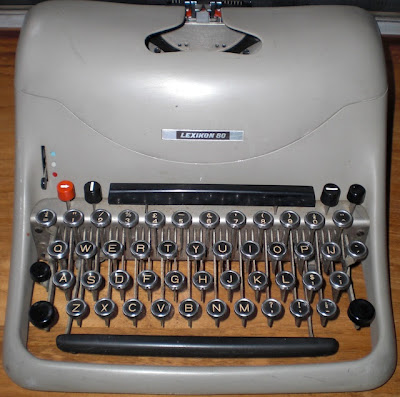