In the newsroom, moving pictures from the early thirties

The hero of the Mystery Of The Wax Museum, a 1933 horror (?) movie, is an intrepid newspaper journalist. She investigates and uncovers the whole gruesome mystery of the wax museum. After the last-minute rescue of a damsel in distress, she writes up the story and get it to the editor. 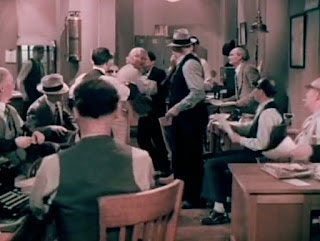 As the camera enters the newsroom, it shows several modern Noiseless Standard machines in use. 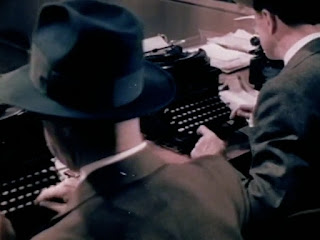 Even though intended as a horror / thriller movie, to modern standards it is probably relatively tame. Released in 1933 and filmed in early technicolor. 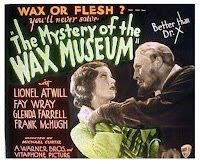 The movie can be found online, main scenes of the newsroom around the 16 and 76 minute marks: