Like the key-chopper for typewriters, there is the label-cutter for shellacs. 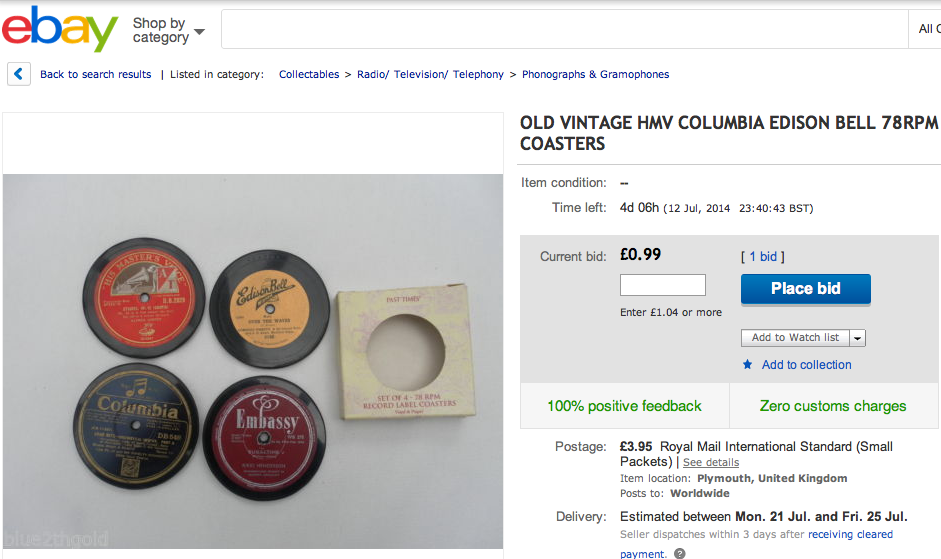 Now that I've been looking at 78 rpm shellac records for a while, I discovered that there are some products being offered for sale that have used an old record. I mean used as in used up; destroyed. Of course the record may have been already broken and unusable, but the 'product' feel of the coasters make me think they are using stacks of old records and cutting them up. 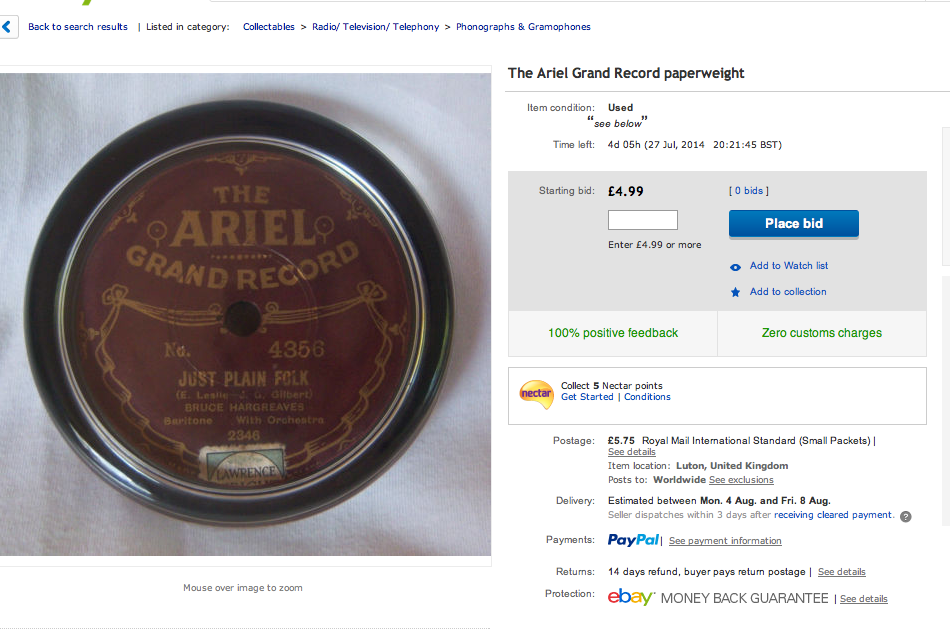 There were of course millions of shellac records made and there probably still are millions floating around. Then again, they're not being made anymore. They are part of the cultural documentation for the first half of the 20th century, even if the content of a particular record is currently not fashionable or in demand. (That Ariel Grand looks like an early twentieth century record. Or rather that's what it was...)

Are there so many records that it doesn't matter really?

Somehow it seems a bit 'off', to destroy an historic object for such an ephemeral and trivial use. Like key-chopping.
Posted by RobertG at 11:49 AM