A clipping I stumbled upon. 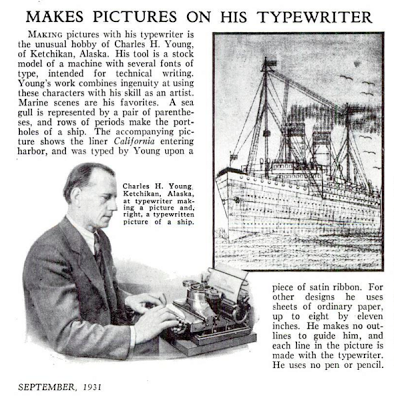 Made me think I'd seen something like this before; artist Keira Rathbone is making art in a similar fashion today. 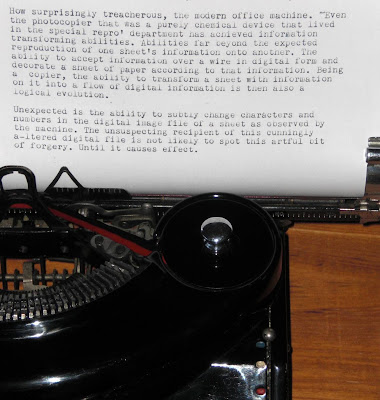 See the story at this link: Xerox scanners/photocopiers randomly alter numbers in scanned documents. It sounds a bit unbelievable at first, but the fail mode and the likely reason why the machines fail this way is actually quite believable.

At my place of work we have those machines. So I tested it with some suitably small but still quite legible numbers: and it does replace numbers!

Now typewriters surely never would do such a thing. (Surreptitiously swapping out two typeslugs on a typebar, imagine that for a moment. Though some dial-a-type machine could probably pull off something unexpected.)

Come to think of it, is this an early sign of the singularity? Is Skynet quietly beginning to sabotage? 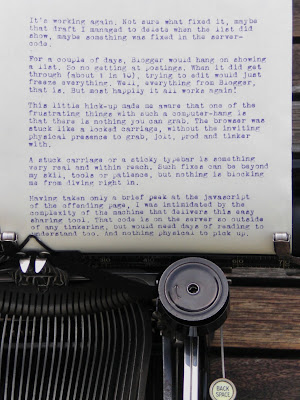