Get ahead faster, improve your homework

To convince you it is a wise decision to purchase a typewriter, several manufacturers advertised not so much the machine itself, but rather the benefits you will experience.

Royal's effort here starts somewhat negative - this is not an appealing advertisement. Sitting down browsing a Popular Science magazine, this is not a headline that will instil much positive feelings when looking at the admittedly attractive machine. 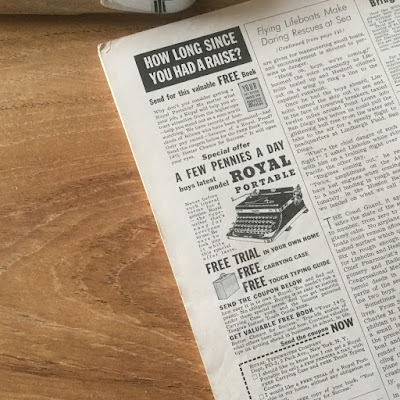 A few months later, the headline is much more upbeat. Instead of noting a negative, it touts the possibilities. Much more likely to make you view the advertised machine and its make in a positive light. 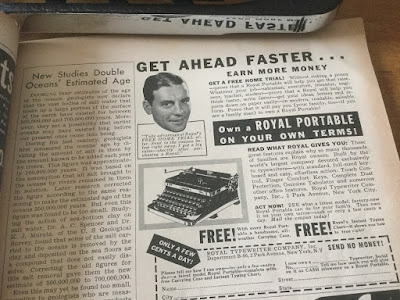 A bit later still, with this advertisement they really manage to argue for the purchase of such an expensive machine for the family. Especially when the argument is that will help school results of offspring, there will be a willingness to spend the money. 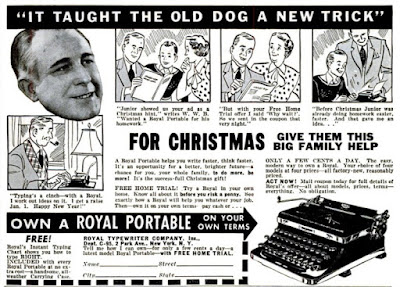 Well, that does convince, doesn't it. 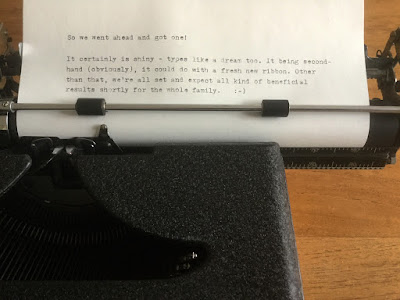 Well, maybe not. Today however similar arguments are used to advertise the modern-day equivalent products, such as the laptop or the tablet computer. Perhaps not quite as crass as in the old Royal magazine advertisements, but usually it is shown that the product can be used for homework. 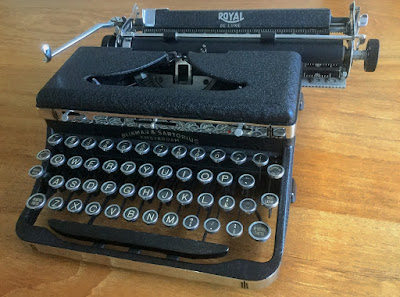 As could this portable typewriter, it still can. The modern-day tools can however do so much better in many ways. How would the equivalent product of 80 years hence have improved further in helping the family 'get ahead' and to help make homework faster, I wonder...
Posted by RobertG at 3:48 AM 3 comments: 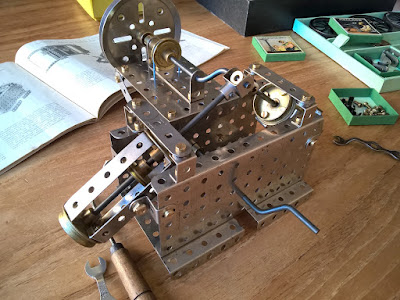 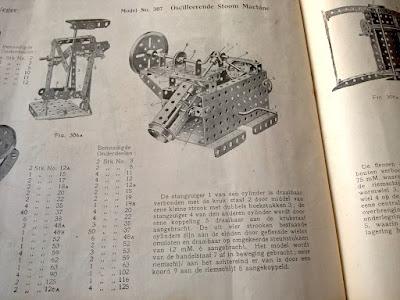 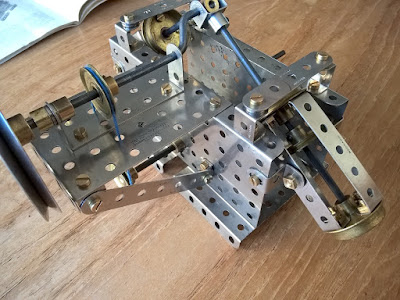 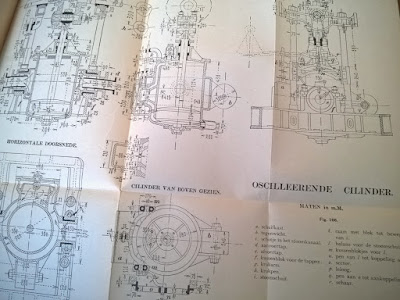 Very simplified - an enjoyable little 3D puzzle :)
Posted by RobertG at 8:10 AM 2 comments:

Using a crisp Portable (and not smiling)

Another scene from an older black & white movie. This is from a bigger-budget feature film of 1939, she is using an early 'twenties Remington Portable. 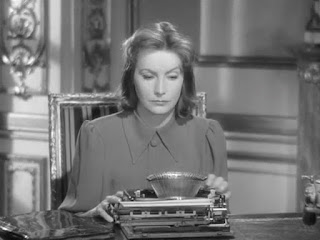 As she inspects the machine and then goes on to type a note on it, she still is not really smiling. 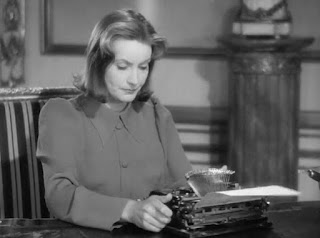 How can you be using a clean and crisp little Remington Portable and not have a smile on your face. She definitely is acting, must be.

As proof that she can smile, even laugh - later in this film she does actually laugh. (At the time that was noted as quite an event of itself.)
Posted by RobertG at 7:08 AM 2 comments: