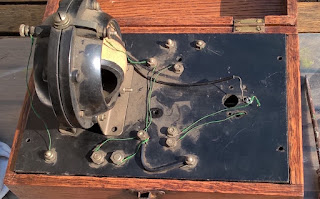 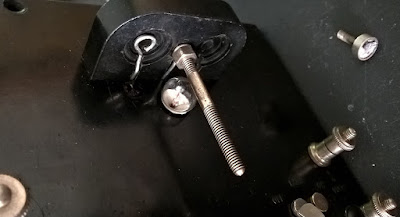 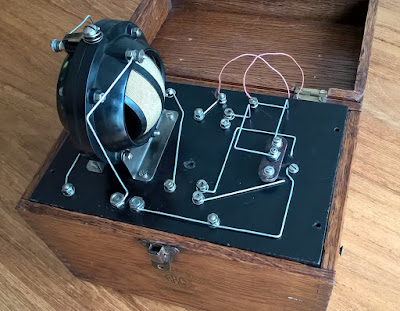 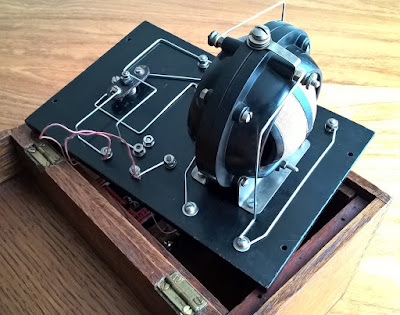 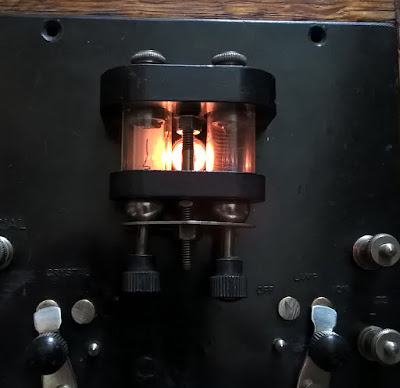 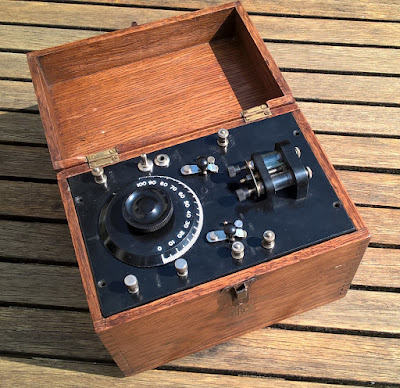 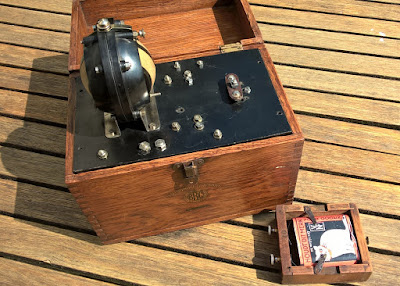 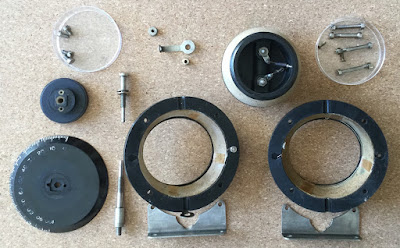 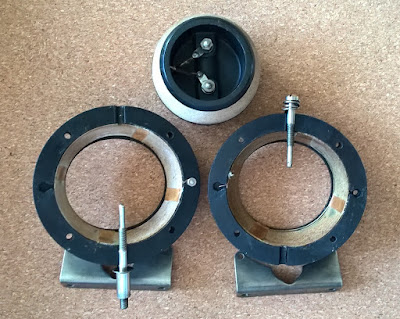 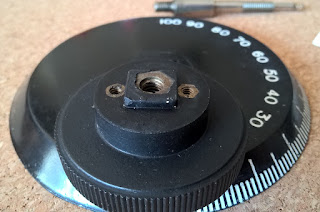 Radio repair with thanks to the Typosphere and Georg Sommeregger :-)
Posted by RobertG at 6:27 AM 2 comments:

One of the entertaining challenges with obsolete technology can be finding the correct accessory or spare part. The item itself is long obsolete, the manufacturer no longer services the item (or more often the manufacturer is long defunct). However the digital age with the global flea-market that is the internet often helps out - if not available right away, then it's a matter of laying in wait for a time.

Sometimes on the other hand, you just stumble on an item by accident - as was the case with this accessory for my plain-stage Bausch & Lomb type H microscope. This microscope is the simpler (cheaper) version, catalogue number 31-21-50-08 with a plain stage priced at USD 135 back in 1935.  (Who at B&L came up with these type numbers? There probably is a logic there...) 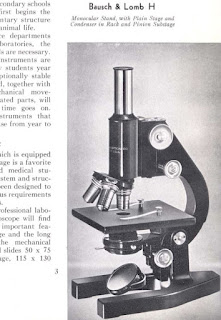 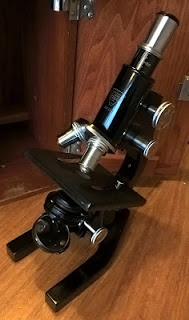 (Catalogue image from scan at vademecummicroscope.com.)

To later add a mechanical stage to one of the lower-cost H microscopes, Bausch & Lomb sold attachable mechanical stages. These were available both with and without a graduated scale. Not a cheap item, either version. The graduated stage shown here in the 1940 catalogue for USD 33. 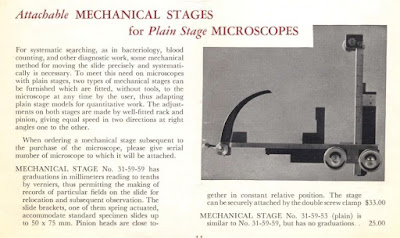 (Image also from the great library of B&L literature at vademecummicroscope.com.)

Purely by chance and not specifically searching for it, I spotted this B&L mechanical stage with graduated scale for sale online. 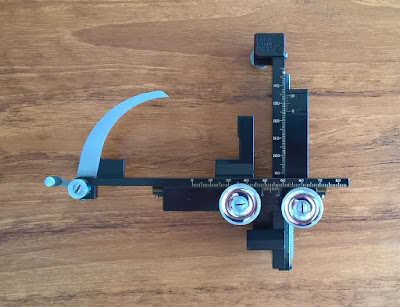 As it was offered for a reasonable amount, and the chances of the exactly-right accessory being available a next time being slim, went ahead and 'bought it now'. A rare item to find - Bausch & Lomb microscopes are relatively plentiful in North America, but in Europe they're uncommon. Specialised accessories more so. Even with international shipping (Portugal), it still came in reasonable at around 20 Euro.

It is of course 'vintage', so there's some play on the horizontal movement and the vertical-movement wheel is a bit bent (must have gotten a heft knock). But other than that, it is functional and complete with the thumbscrews to attach it to my plain-stage type H microscope. 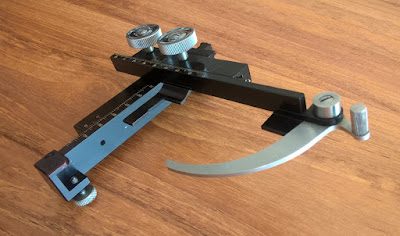 So now a B&L type H fitted with the attachable mechanical stage. 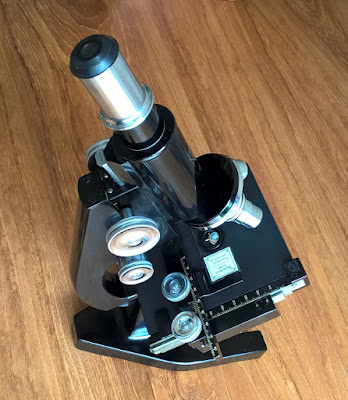 The stage has straight-sided knurled knobs. From some scouting around and checking serial-numbers and images, it seems that in 1940 Bausch & Lomb changed their microscope knobs and wheels from double-knurled to straight. This makes this accessory indeed likely a 1940s item (still dimpled face to the wheels); a good match for the 1939 microscope.

Already used to chase pond-life around a slide - and neat to be able to add the accessory to this obsolete piece of technology. (I.e. entertainment for the 'completist' in me :)
Posted by RobertG at 7:12 AM 3 comments: