Choices! With the parts ready for painting, what color scheme to pick (it's a US made machine, hence color sans u :).

The original glossy black looks good, but this one will be color. In the twenties these little Remington Portable typewriters were also made in colors. Online I've seen pictures of all white and all green machines. And there are of course the fancy duo-tone color schemes. And with a repaint, some completely new scheme could be done too. So many options! 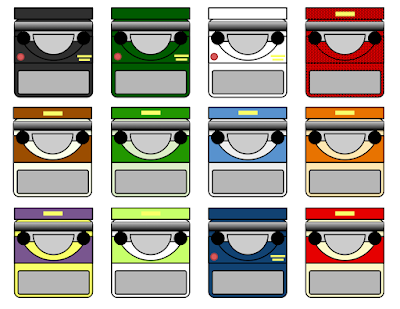 Playing around a bit with sketching colors to imagine what it'd look like. Not going to try to match one of the original colors and certainly not attempt a fancy crackle finish. The two-tone scheme works really well on these machines, so settled on an orange and cream scheme. Should look bright and cheerfully Southern and not too out of place for a twenties' machine.

The exact colors were then determined by what was available in the ready-made acrylic spray-can. 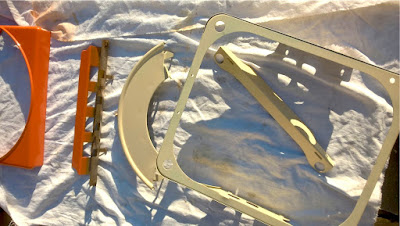 Should become a bright and cheerful looking little machine :-)
Posted by RobertG at 11:18 AM 3 comments:

They're in season this month

Typewriterly books are in season, this season.

This week my copy of the Uppercase typewriter book arrived. Like the title says it is about the graphic history, more than about the machines themselves. Lots of pictures of typewriter ephemera and period illustrations of and about the typewriter in their historical context. Nice! 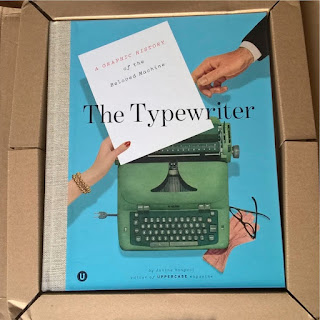 (Package got the comment: "There can't be a typewriter in that box!")

Also just now the Typewriter Revolution book is announced as ready and available. As the subtitle says, this one is more about the actual use of typewriters in this modern day and age. Look forward to seeing that one make it across the pond also :-)

They're in season!
Posted by RobertG at 2:39 AM No comments:

This little tape holder was always around the house, for as long as I can remember. 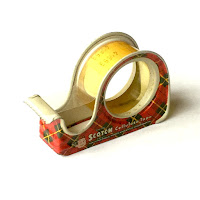 Browsing LIFE magazine back-numbers a while ago, spotted the exact same little object in an advert. 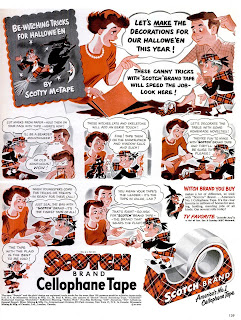 Seeing this made me go find it. This particular one was made by 3M in Birmingham, England - probably in the early fifties. It's metal, but fairly flimsy.

Having this extra bit of information adds now a bit of extra context to this small and almost disposable little household object.
Posted by RobertG at 2:23 AM 2 comments: 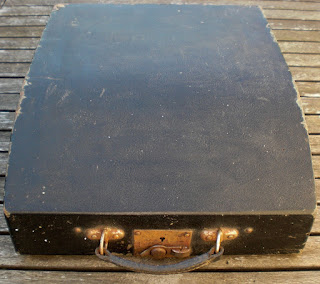 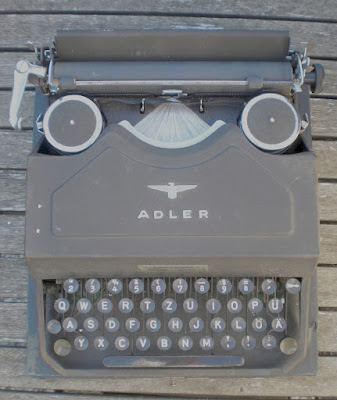 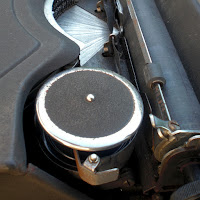 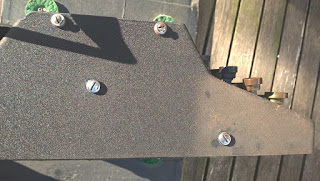 The Ranger Elite typewriter is fully cleaned, polished and oiled (where appropriate) and entered into The Database. It is pretty much in pristine condition, apart from a small white-out stain on the top left of the cover. I'll be passing on this machine to its new owner next week, but already a next 'impulse-buy' arrived.

Turns out to be more of a project than anticipated from the listing. The images were a bit dim, granted, but this one really needs some polishing. A small peek at the new side-project:

(Am sure the exact type will be identified quickly by the sphere of experts out there :-)
Posted by RobertG at 9:02 AM 3 comments: 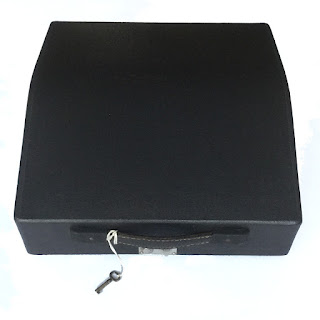 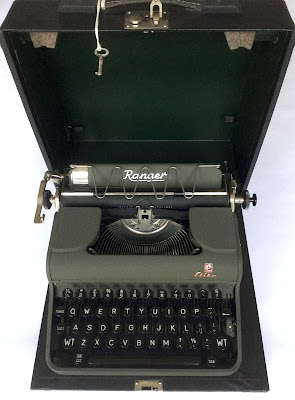 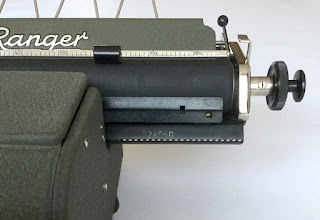 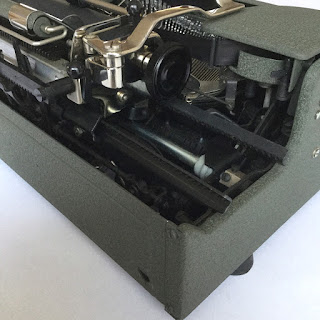 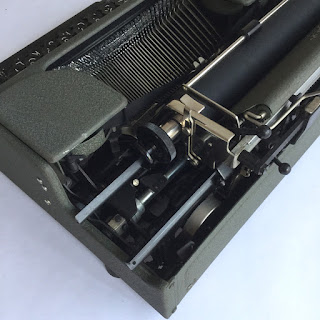 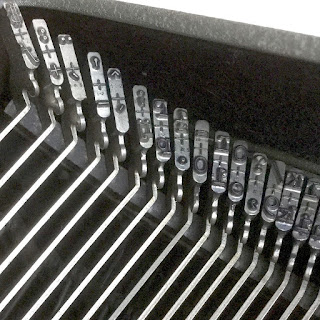 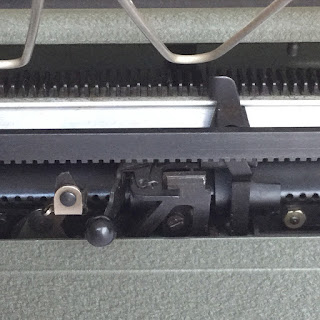 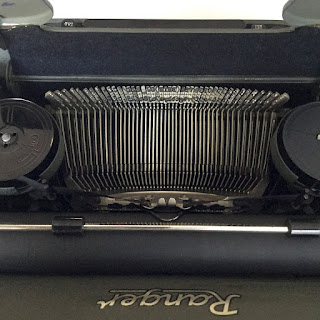 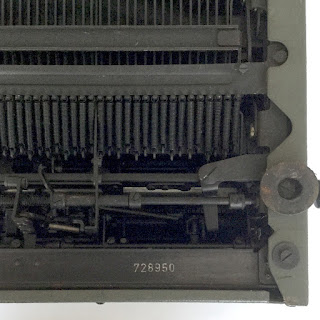 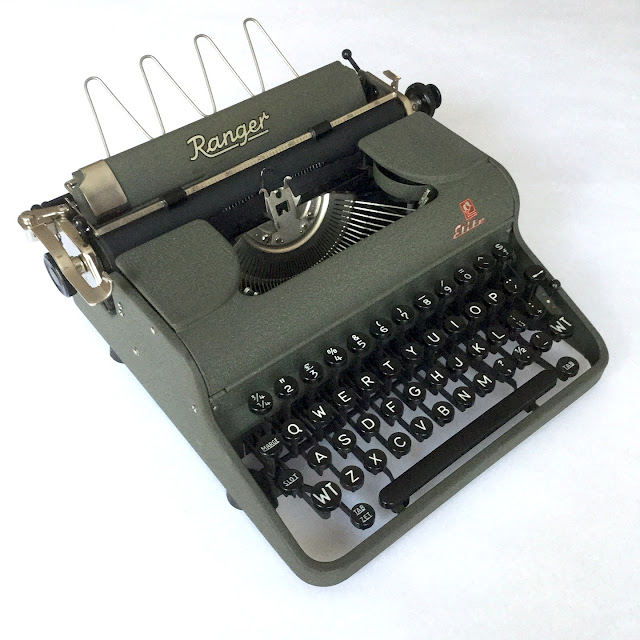