On an afternoon, did a tour of the local thrift-stores - only looking.

Despite much space being reserved for seasonal decoration materials, there were typewriters! With generations and what gets thrown out today, it is mostly the 1970s and 1980s machines with plastic bodies: first spotted, a flock of Olympia's. 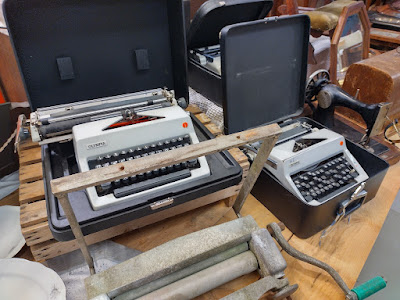 On the other side of that same trestle/table there was a very rusty Remington 10 standard: 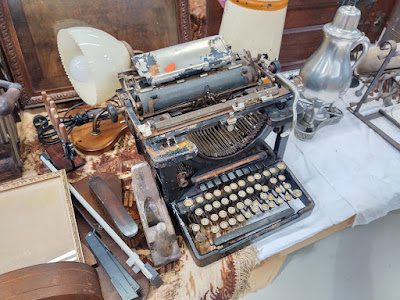 A much older machine; from the serial number this is a 1909 machine: 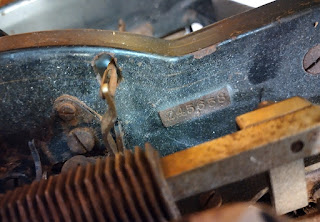 In the next thrift store, only electric typewriters. Portable, but not usable without a socket to plug it into. Not too long ago these were expensive and valued items, machines generally have the power-cord packed with the machine in the case. As does this Triumph Gabrielle, even with a dust cover. 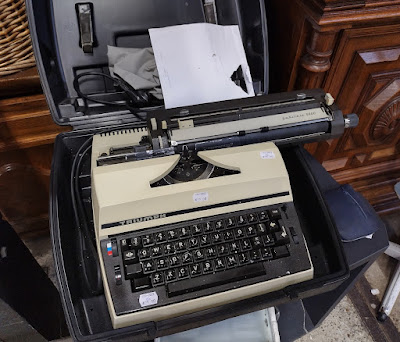 This very modern-looking Triumph-Adler Gabrielle 9009 has been sitting near the entrance of this store for over a year. By now it's lost a spacebar, but still has its cord and cover. 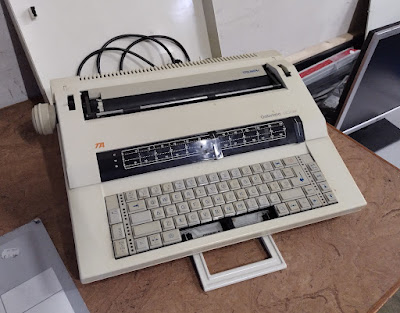 In the third store visited, there was a typewriter on a dark bottom-shelf; a re-painted Scheidegger-branded 'Typomatic' machine. (Adler?) 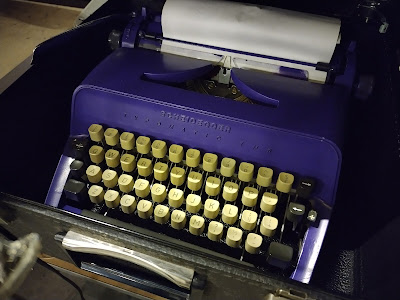 A bit further in the 'games corner', one large and very plastic suitcase suggested 'typewriter': 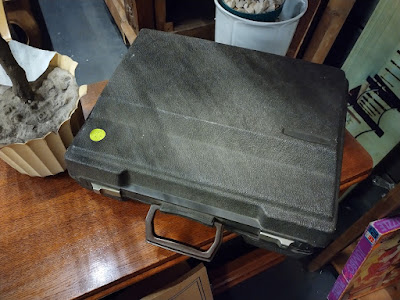 Peeking inside, indeed it contained a writing machine. A very clean-looking Smith-Corona Coronet Super 12 electric portable typewriter. Not a small machine, this descendent of the tiny Corona 3. With a little cut-out in the top-cover showing off the Coronamatic cartridge. All for a mere 5 Euro asking price. 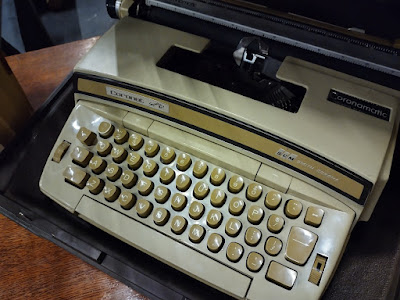 Net result; only looking. The Coronet was affordable and looked interesting to explore, but completely outside of my defined scope of pre-war machines. The 1909 Remington was really tempting. It however looked too daunting a project to dare attempt (and these are still fairly plentiful in much better condition). And also considering that a Remington 10 is not the most practical machine to take home by bike :-)
Posted by RobertG at 11:25 AM 1 comment:

The little Monroe Model L calculator was in very nice shape both cosmetically and functionally. However, these 'X' or 'Executive' models were originally supplied with a travel-case and of course an instruction manual - now added :) 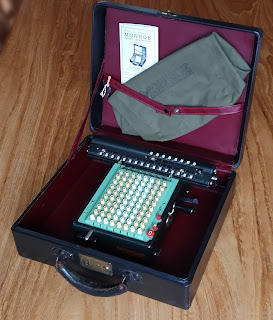 A while back another Model L could be bought online that was in pretty rough shape, but still had its travel-case. It even came with the original key and an original cloth dust-cover. Age-wise, the two machines were very similar (1946 and 1945), so the case was adopted by the 'good machine'.

To make it complete, also a reproduction manual was printed. Using various images online of the instruction leaflet, the full text could be reconstructed. The new leaflet is not an exact reproduction, but more a 're-creation'. The text and examples are correct, but e.g. the layout has small differences and it uses a modern typeface. Nevertheless it looks credible with the machine and will be able to instruct any future users on how to operate the calculator. 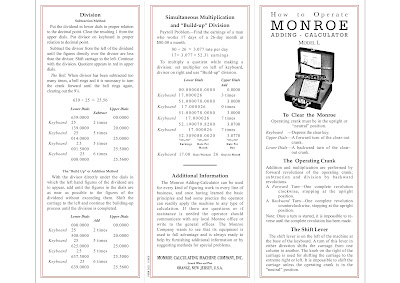 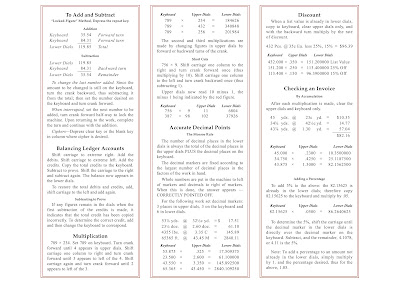 In case you have a little Model L calculator and want to add a new instruction leaflet; print double-sided on ~100g A4 paper, cut and score for folding at the guides on the outer-page.
Posted by RobertG at 12:58 AM No comments:

They come in sizes

Surprise find - the same basic model, but even smaller :-) 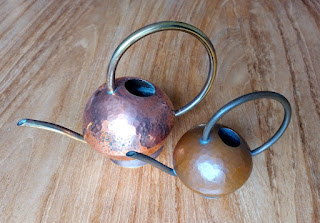 Posted by RobertG at 5:24 AM No comments: