Now that the ribbon mechanism is back in place on the 'lost cause' machine, the lifting tray is the only thing still missing from the typing mechanism. The Remington Portable typewriter has a lifting mechanism, pushing back a knob on the right-side of the machine lifts the typebars to the typing position (as is very well documented on the net).

Hadn't yet mounted the sideplates to the segment that hold the crescent-rods or fulcrum-wires in place. These also have the mounting eyelet to pivot the protective hooks about. When mounting these plates, you'll want to play with the shifting of the carriage to get access for the screw. (Or mount this before assembling the ribbon shaft, of course...) 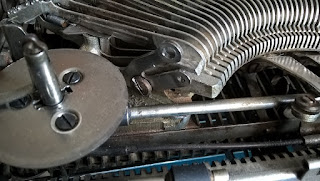 Some rubber-band is helpful in keeping the typebars out of the way during the procedure. Not clearly shown in the below image, but on the right can be seen one of the flimsy looking push-bars that do the lifting of the tray and in the lower-right the hex-nut of the uppercase-right shift adjustment. 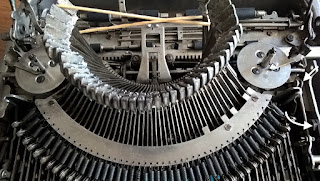 Another preparing step on this machine was to fit one of these shift-stops.

A Remington Portable has four adjustable stops for the carriage shift, this machine was missing one of these stop-assemblies completely. These stops are mounted on the inner sides of the machine frame. The trapezium-shaped 'vane' is part of the carriage-shift link and travels between these two stops. 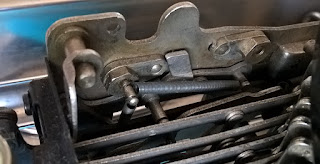 The stop assemblies consist of the stop-block itself, two mounting screws, eccentric adjustment-nut and a spring-washer. Luckily the spare-parts box contained a full extra set of these parts. (Just not in nickel-plate - this 'lost cause' machine must have been a sight when new - everything was bright shiny metal!)

There are thus two screws for each stop accessible from the outside to adjust the shift, that is what the cut-outs in the side of the outer frame/housing are for. This way the machine can be adjusted with only removing the top panel to get access to the eccentric hex nut. 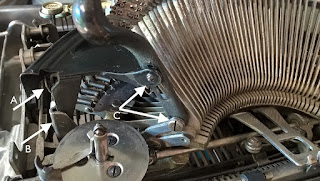 The 'hook' part that protects the typebars is then fixed to the tray and the segment endplates (C). 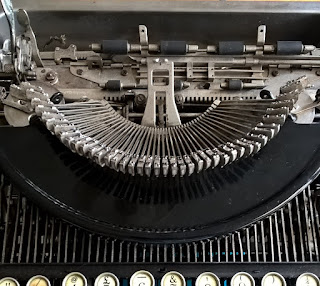 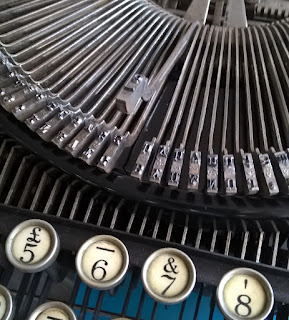 The linkages of the '6' key had been rather bent and the connecting rivets broken. The repaired linkage is apparently almost right, but takes a little too much space and won't go as far down as the others. Will be seen how to deal with this, it may be resolved raising the lower position of the tray a little. Something to have a look at with the machine more completely assembled. Not yet declaring it a 'lost cause' completely :-)
Posted by RobertG at 12:42 AM 3 comments:

The princess and the lamp

A while back I picked up an old magazine at a thrift shop for a few cents. Tucked in a stack of old paper was this special edition of the illustrated weekly paper 'Het Leven' (Life). This is a special January 1938 issue to commemorate and celebrate the birth of a princess! 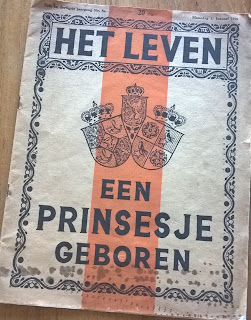 With a suitable band of orange on the cover. Inside it is filled with related pictures; the nurses, the vicar, the bottles. However not a single picture of the baby or even her name (that came later). 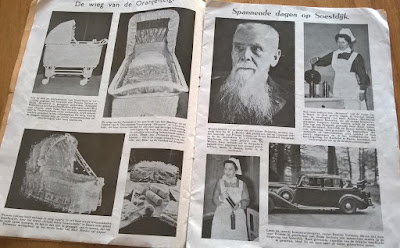 The issue proudly ends with the magazine's best picture of the royal couple. On the inside of the back cover a full-page advertisement urging the reader to enlist in the KNIL (colonial army). 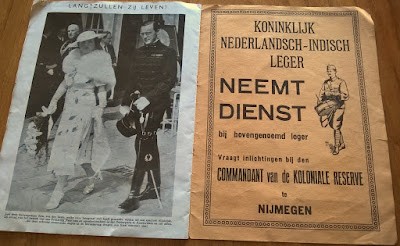 The back cover is selling subscriptions to the magazine. On this special occasion of the birth of a princess, when you take out a subscription you will get a modern, deluxe lamp! The connection of the occasion to a lamp escapes me, it may have been apparent to contemporaries - but rather doubt it. 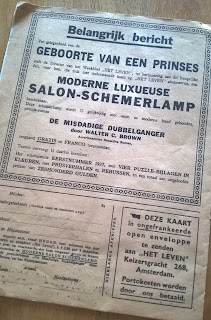 To add another dubious linking with the happy occasion, you will also recieve free an American detective novel; "The Criminal Doppelgänger". Somebody filled out their address on the return card in pencil, but then probably thought better of it and did not send it in.  Alas - no lamp :-)

From another era. But that lamp was strange then too, I'll wager.
Posted by RobertG at 12:58 AM 2 comments:

Getting round again to tinkering with the 'lost cause' Remington Portable 2 typewriter, the next step after mounting all the typebar linkages was the ribbon mechanism.

The change of ribbon travel direction is done by sliding the shaft to the left or right, engaging either of the spool holders with its conical drive gear. To keep it in engagement, there is a spring loaded mechanism located under the left spool.

Two cups are held with a single spring-clip, pressing against a thinned section of the shaft.

The shaft has nicely flattened areas for the set screws to get a proper grip. The thinned section can be seen jutting out of the hole in the spool-base. When assembled, the spring-clip should fit underneath the shaft, pressing the cups into the two holes either side of the spool-base. 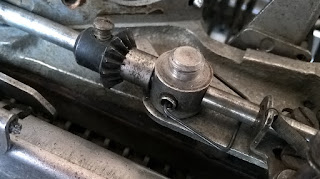 The spool holder can then be screwed on, consisting of its base gear, spool-plate and the pillar. 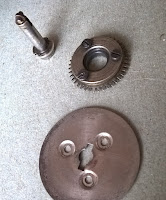 The conical gear on the advance shaft is in engagement with either left or right spool holder when the shaft is pushed in its left or right position. The pillar is stationary and the gear with spool-plate rotates. (The slots in the spool-plate hole engage notches on the special Remington Portable spools. Spool-plate not yet screwed on in picture below.) 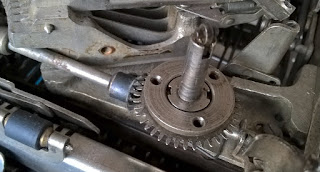 At every keypress that actuates the universal bar, the ribbon advance shaft is rotated a little by a push against the advance gearwheel. To prevent it from rotating back again, a pawl locks it in place. When sliding the shaft with all its parts back in position again, this pawl needs to be lifted on top of the advance gear. 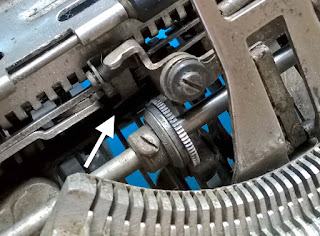 As can be seen in the above picture at the arrow, that is what I failed to do. The pawl that can be seen hiding in the dark should have been lying on top of the finely geared advance wheel. (Something we'll know about a next time :)

The shaft can then be fitted with the end control-knobs. These also have the cam-slopes that are actuated by the prongs on the ribbon-fingers that 'measure' the amount of ribbon left on the spool.

In this machine, the parts are oddly of the old pattern - more usually found on older, pre-'25 Portables. This also goes for the spool-locking clips. It seems that the British factory still assembled some machines with the old pattern fittings as late as '27.

With the knobs fitted again and a little tweaking on the position of the gears, the ribbon and spool mechanism is again in place. 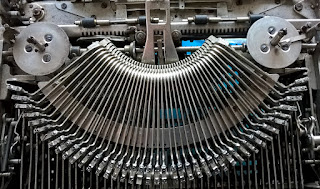 (The dastardly pawl has since been lifted to its proper position.) 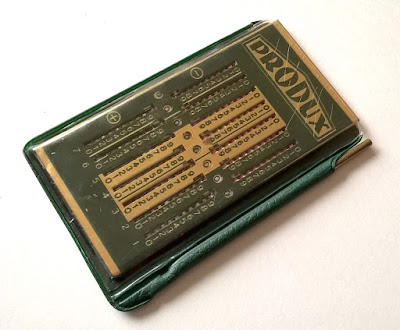 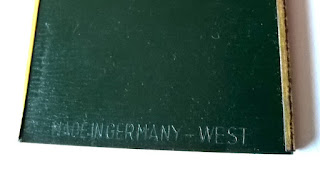 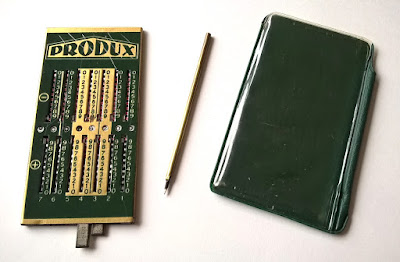 These take a bit of getting used to, but then work surprisingly well :)
Posted by RobertG at 2:16 AM 1 comment: