After reading the interesting recent postings by Mr Sommeregger on the RaRo type, I was curious to take a closer look at the type on some of my machines. The 3-bank Corona I think would have been custom type, dating back to their origins. Likewise the Noiseless has very specific type requirements because of the thrust-anvil mechanism. But the Speedline and the Victor could or would have catalogue type.

Especially the Victor, as it has a nicely slanted typeface that looks as though it would be a special and recently Adwoa found a Lettera 22 with an identical typeface. This would suggest it was not a company-own type but rather a bought-in item.

The typeslugs on the ~1937 Remington Victor-T (a streamlined portable number 5 assembled in the UK) have markings that include '41' and either 'A' or 'P' markings. (Had assumed the 41 would refer to the number of typebars, but that is 42 unless I'm much mistaken. Odd.)

The type below is from my late 1938 Speedline. What first looked like a '28' is a 2 followed by what looks like a CK monogram. That could be C for Corona, or an external type foundry. Curious. 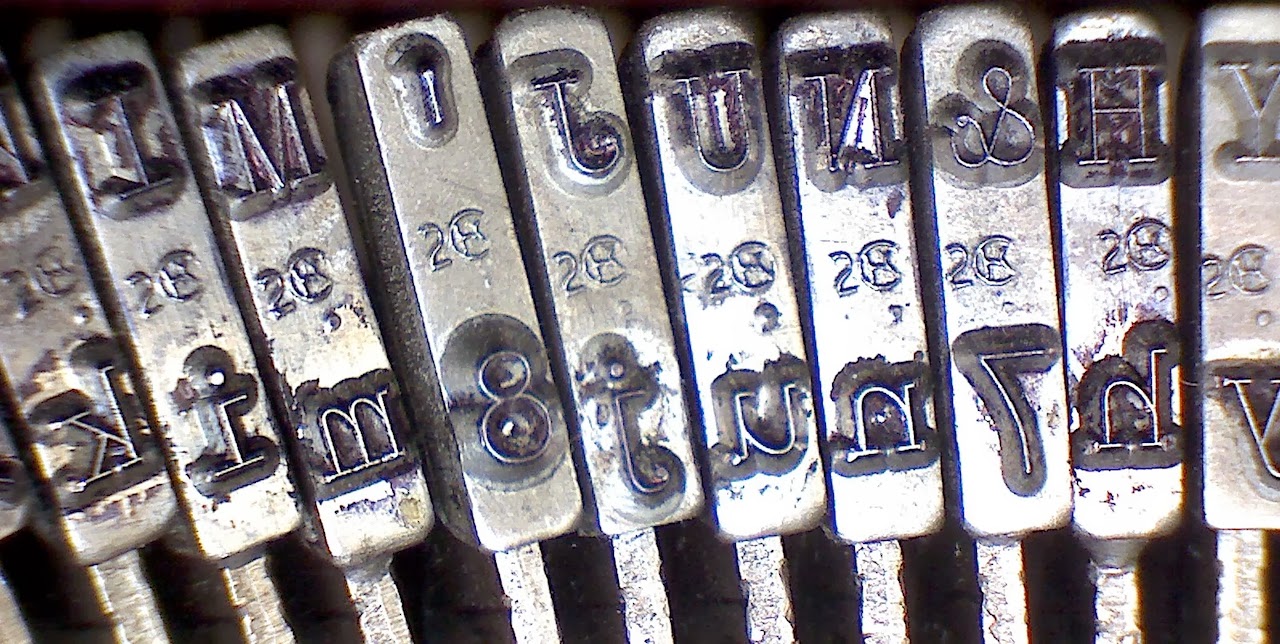 Both being late 30-ies American machines (or at least Anglo-American), it is not so surprising they do not contain one of the RaRo marks. There will have been several such companies and at least some in the US I would think. Maybe one of these with CK as a monogram...

(Another thought was that the shift-distance would depend on models and their mechanism, or was that perhaps one of the parameters that was standardized in a norm?)