The secretary uses a Mercedes standard typewriter in the first scenes, using it to put on paper her determination to go to the big city (i.e. Berlin) and make it in the movies. 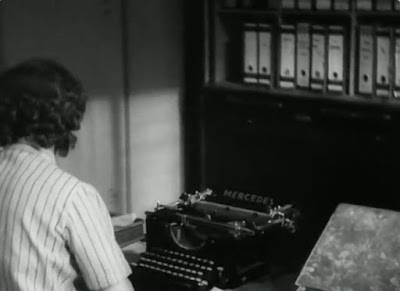 Given the overall production values of this 1938 film, the amount of typing errors and careless use of the machine is a bit surprising. Not as 'gründlich' as I'd have expected for a German 'feel good film' of the era. Or perhaps it was intentional, to illustrate the secretary's heart is in movies - and not accurate typing. 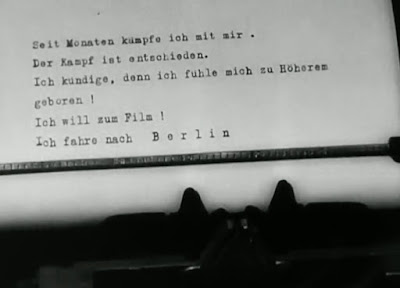 As she arrives in Berlin, inexplicably the whole populace bursts out in joyous song extolling the virtues of the city. This is of course a very positive movie, showcasing great German stars (Die Sterne), history and modern achievements.

As part of that latter category, we get shown another Mercedes machine. 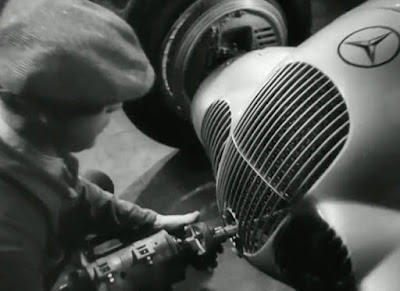 To avoid missing it, the names are spelled out of the drivers - three of the most famous racing drivers of the time; Caracciola, von Brauchitsch and Lang. 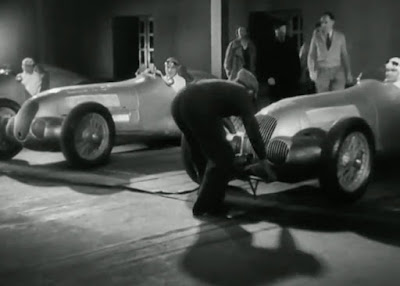 As embodiment of modern German achievement they then 'race' their cars across the screen as part of the show.

The storyline is not very important, obviously - it's an excuse to show a series of show-numbers and lots then-famous faces. And even showing not one, but two Mercedes machines :)
Posted by RobertG at 7:38 AM