A lunchtime stroll round the local thrift-store, several typewriters this time.

This orange Olivetti tried hard to blend in on the orange-table. Despite the camouflage, the typewriter was spotted and pictured :-) 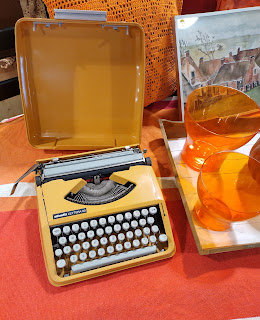 Next typewriter spotted was a large, black Olympia 8 standard. This would date from the late 1930s and had plenty of rust and a broken drawband (and likely more things out of order). Probably very decorative in an 'industrial decor', but otherwise only suitable as a source of spare parts (if you're fixing up an old Olympia). 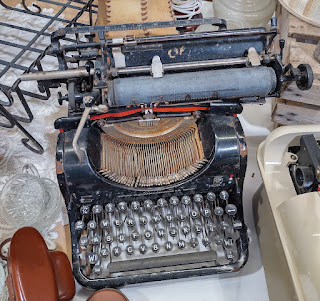 The next item spotted was something unusual; a Kodascope Model E complete with its case. This 16mm film-projector would date from the late 1930s to early 40s. Still had its spool too and the top-cover probably was at the bottom of the case. A very neat looking item, but left there - already have so many black carrying cases ;-) 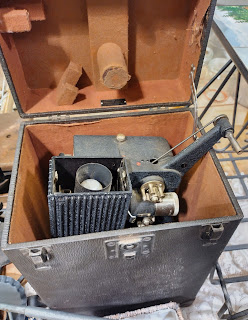 Also just sitting there, was a clean-looking blue Brother. 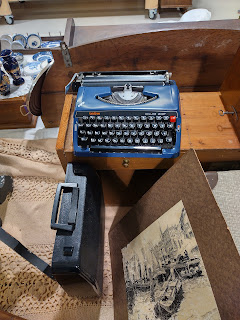 Nothing purchased during this lunch-time walk, although that Kodascope was tempting!
Not tempting at all were the Antares and Brother on a shelf in the next-door thrift-store... ;-)