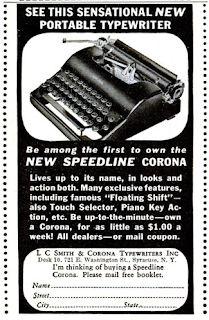 Now I did see this sensational new portable typewriter in many pictures online. Now still to be among the first to own one is unlikely; the ad is from '38 announcing the new '39 model. But even if not amongst the first, from what I read about it and saw of it; I did now want to own one :-)

Did not mail the coupon to Messrs. L C Smith & Corona, but started checking for one to pop-up on the local auction site. After a couple of weeks a Sterling gets listed and in burgundy too. It looked a bit worn, but after holding off for some weeks; did bid and did buy. (Passed earlier on a mint-condition Silent in crinkle...)

So a Sterling.  And that really is what it is. 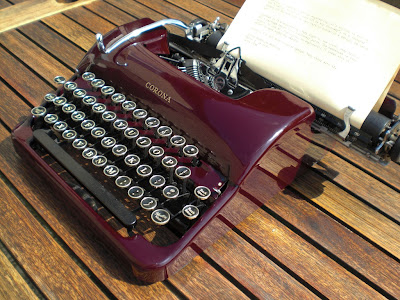 Sterling design, it's styling is spot on and "looks as though it could be no other way" as a designer friend commented. And that, he said, is very hard to achieve in design. It really has a 'zing', has a swing to it.

Sterling engineering. Very light touch, easy typing and the carriage positively purrs as it returns. The shift is light as promised. The mechanism to me looks brilliantly simple. In engineering, it usually takes a lot of effort to make something look simple.

I've now had it for a couple of weeks and used it a bit, really am impressed with the 'sensational new typewriter'. 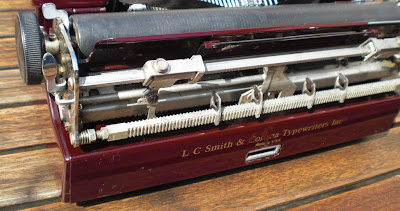 After cleaning, this machine looks much better than it did. Some paint chipped from the cover (where it hits the carriage on opening if that is not to the left), the rust actually makes it less noticeable. The 'B' is bent a bit. Some scuffs and a scratch from the carriage return lever. But for all that - this New Speedline Corona still looks and works great after 75 years! 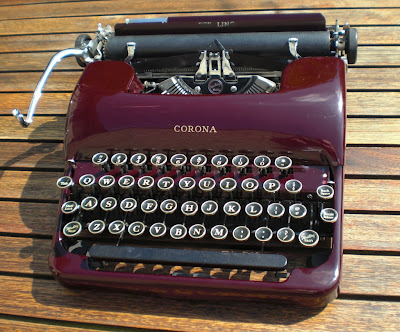