Ladies wristwatch. She spotted this one on the local online auction site and after putting in a modest offer this was accepted by the seller. It arrived well packed, working and needing but very little cleaning of the case. It came with a stretch or expansion strap that really was a bit too wide for this watch, to be replaced by a cord strap. It's really amazingly small, the lug-to-lug distance is about 21mm, the clock-face itself is 9mm wide.

The crystal is acrylic, where I nearly messed up the cleaning. To thoroughly clean and disinfect the case I used alcohol and got some also on the glass (never stopped to consider acrylic). Immediately it misted over white where the alcohol flowed onto the crystal. Luckily it was not too hard to polish it clear again (toothpaste and cloth), making only the inner hard-to-reach corners still showing some misting.

The make is easily spotted, being marked clearly and plain to see on the face and on the crown too.

It can also be dated. Just from the looks it could be anywhere from the late thirties to the early sixties, but it can be dated more exact using the code on the back of the case. Just marking a watch with the actual year of manufacture would be too obvious a method of course, so a secret code was used.

From 1950 or so onwards, Bulova used a letter to indicate the decade (L for the fifties, M the sixties and so on) and the digit the year. With a mark of L1, this watch can be dated as made in 1951. (There is a whole community online dedicated to only Bulova watches. I was amazed, I was also able to learn a lot there!)

The year of manufacture is confirmed by the same L1 code on the movement. 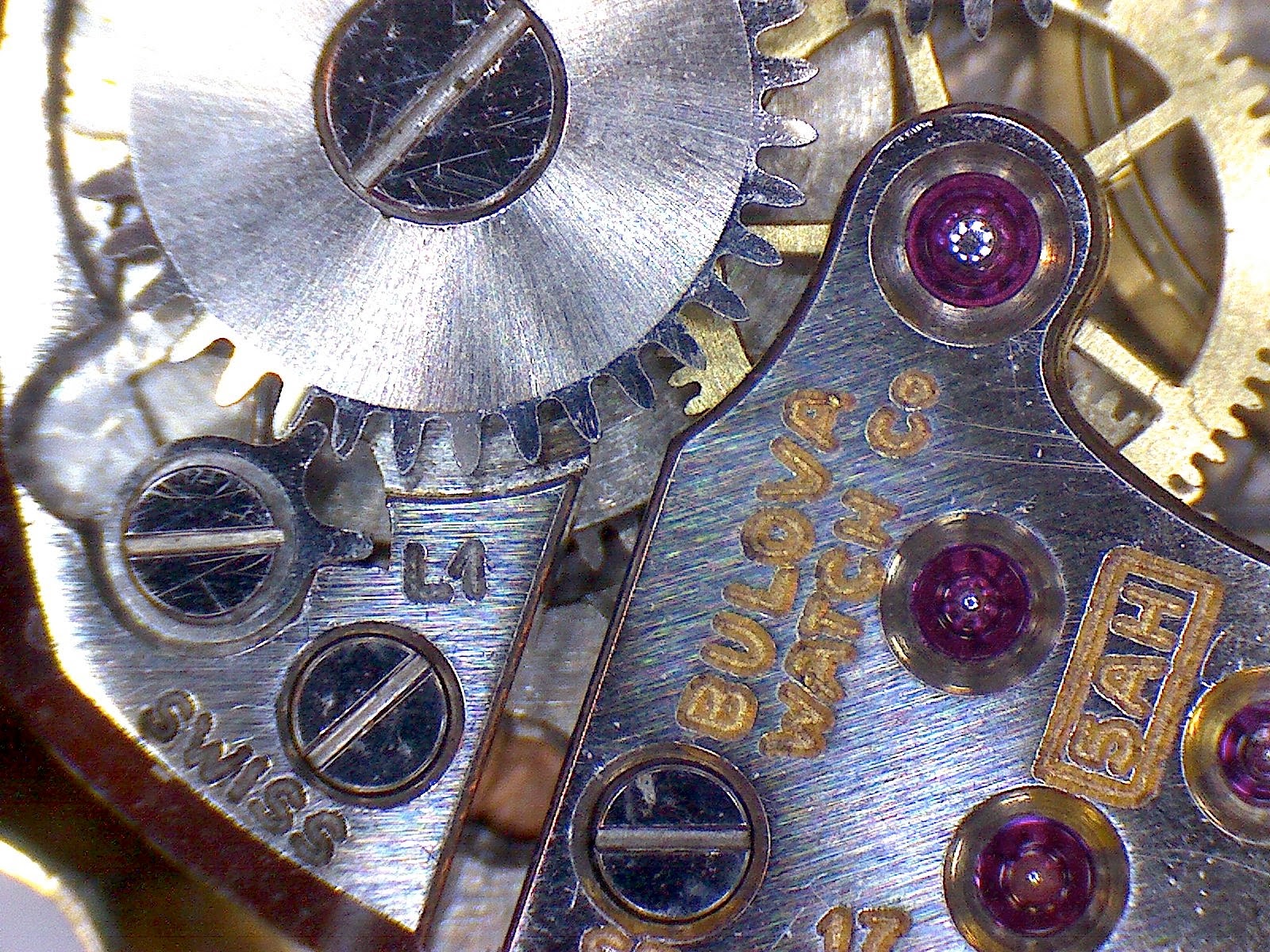 Finding out what model it is, was a bit harder. Bulova made an amazing array of different models over time, just scroll through a page with some of the range for the forties. The date of manufacture narrows it down a bit however and scanning some of the ads of the period it was possible to positively identify this small watch as Shirley. 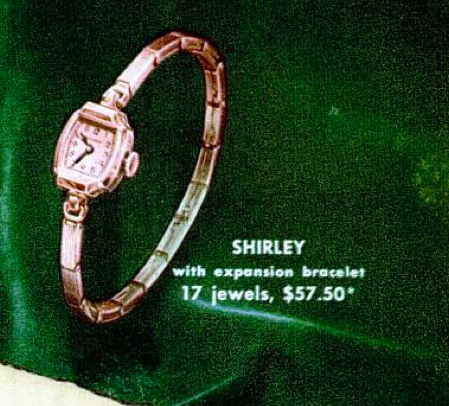 Possibly introduced in 1946 in time for the gifting season, as in this 2-page advertisement. The model is also advertised later and available in white, yellow gold and rose gold. Also I think sometimes as 'Shirley A' with stainless steel back. 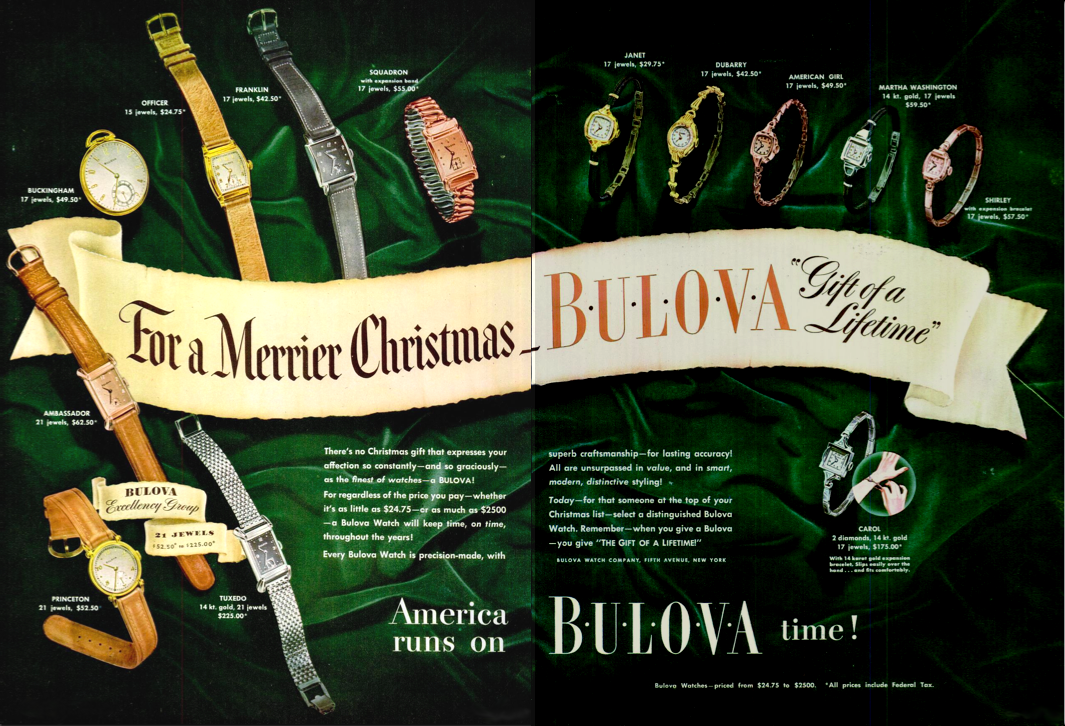 This particular model was still made in 1951 and was sold and used. At some time the original expansion bracelet wore out and it was fitted with the closest match available at that time. Then probably not used for a long time, until it was put up for sale online here. Now fitted with a new (old stock) strap and to be worn again.

Amazingly long-lasting analog technology :-)
Posted by RobertG at 12:17 AM