Lucky Find, What A Night

In amongst a small stack of 12 records bought online. Hadn't asked for any titles or extra information from the seller, just judging from the designs of the sleeves visible in the image I'd decided to chance it and made an offer.

There were more '50-ies records in there than I had expected (good ones, though), but also this lucky gem. 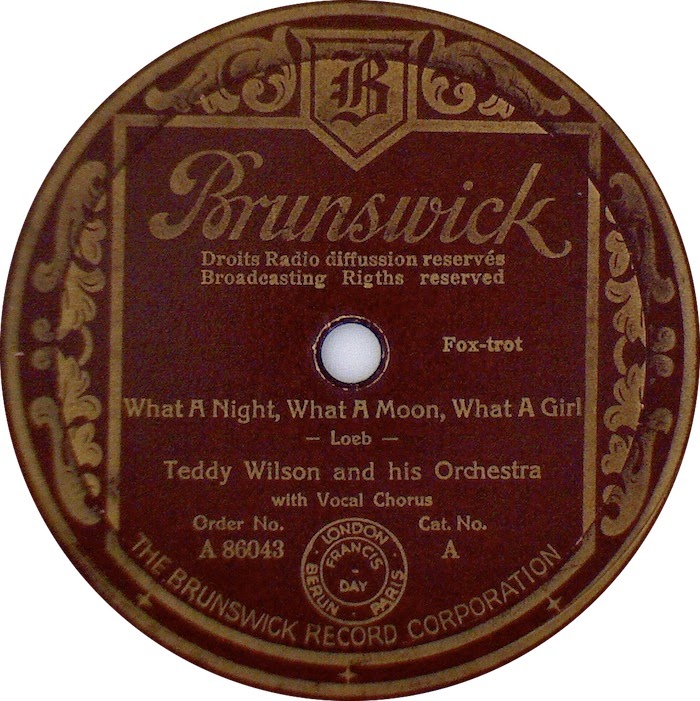 A Brunswick record of Teddy Wilson and his Orchestra, catalogue number A 86043. With vocal chorus. Listening to the record; very good stuff. Vocal sounds recognizably familiar, but no name given on the label. 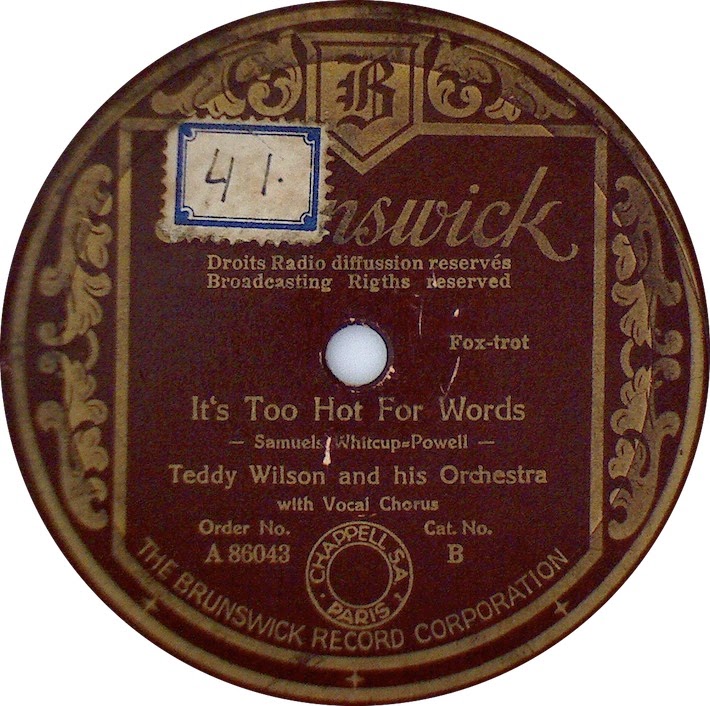 The A-side has "What A Night, What A Moon, What A Girl" and the B-side has "It's Too Hot For Words". With a slightly tattered but original sleeve.


Again the vast store of trivia that is the internet gave extra information. Turns out this is a recording from July 31st, 1935 of Billie Holiday accompanied by Teddy Wilson and his Orchestra. Seems also that this is a fairly sought after recording, judging from some listings on this same internet.

On this particular record there are an amazing amount of numbers, more than the usual matrix or recording number embossed in along the inner rim. One of these turns out to be the original US Brunswick catalogue number 7511. Given the extra notice in French, this label with number A 86043 was probably for the Canadian or another export (France) market. That looks like a small CA on the bottom edge of the label, so Canadian perhaps.

There of course is already a recording of this recording of What A Night, What A Moon, What A Boy on Youtube. (Some how the title is gender-flexible...) Also "It's Too Hot For Words" of course.

And somehow this record ended up in a small, mixed stack of records in a parcel via the mail, onto a turntable and ready to be played. 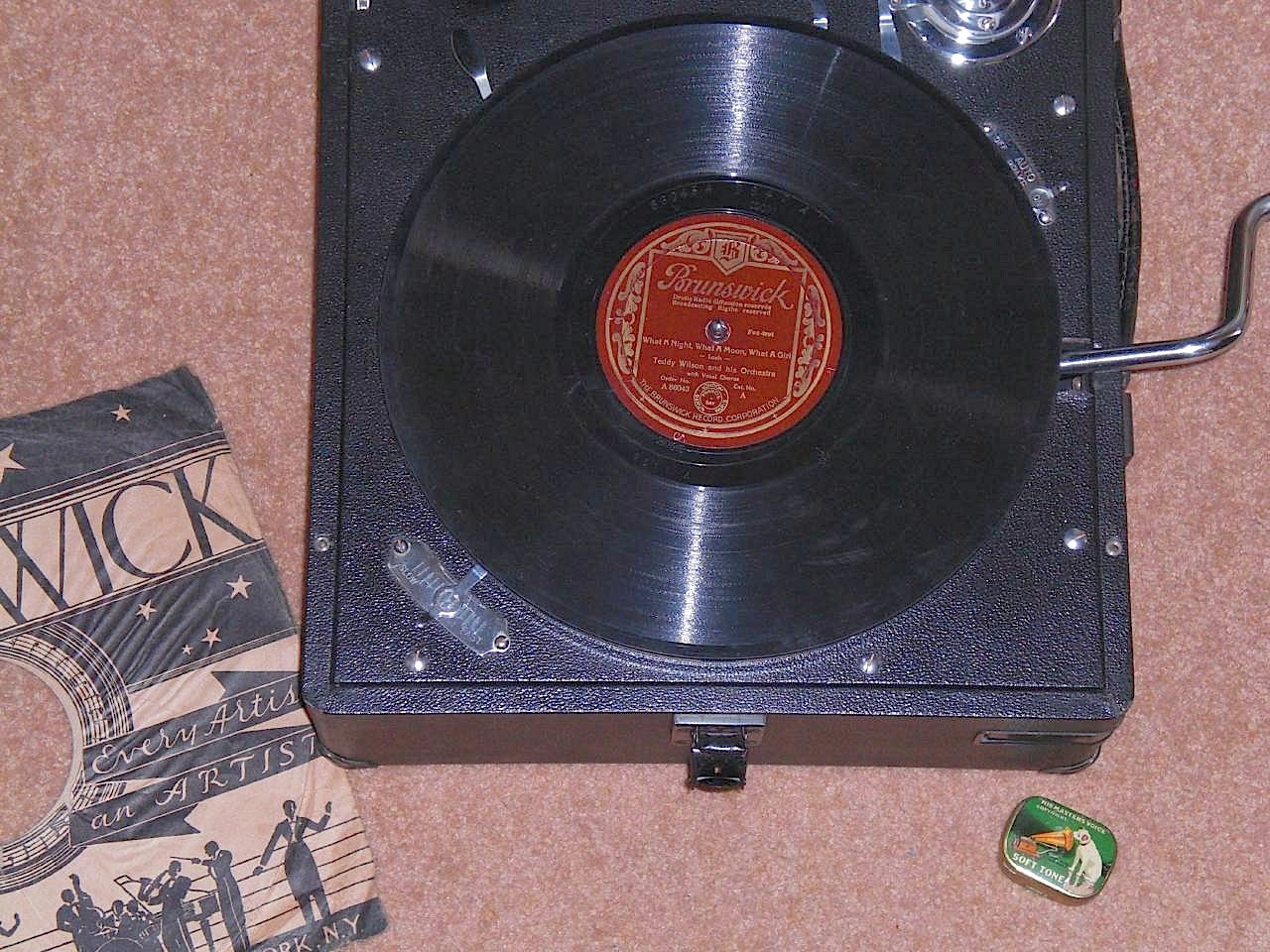