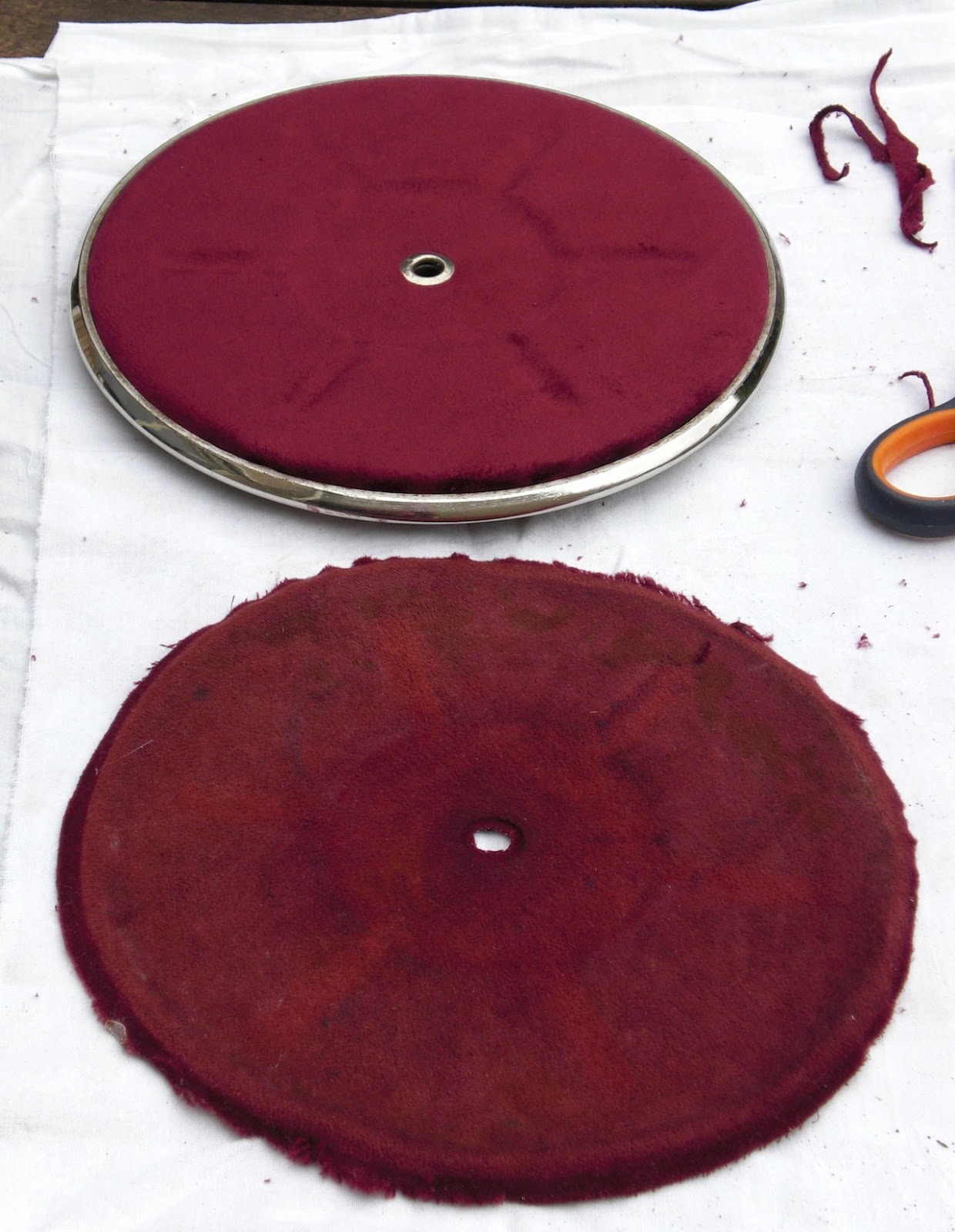 Compared to the state it was in the case also looks a lot better now after some basic cleaning and a bit of polish. The metal fittings are cleaned (de-rusted) and painted and a new (old) handle picked up from the local shoe and leather repair shop is fitted. Some of the leathercloth (leatherette, rexine) had lifted from moisture in much the same way that typewriter cases suffer this. That is now mostly glued down and flat again, well it is flatter at least. Like the portable's cases, used diluted PVA glue with a drop of dishwashing liquid to make it flow easily, then press down by a plastic bag with sand or fine grit on top of it to let it dry overnight. 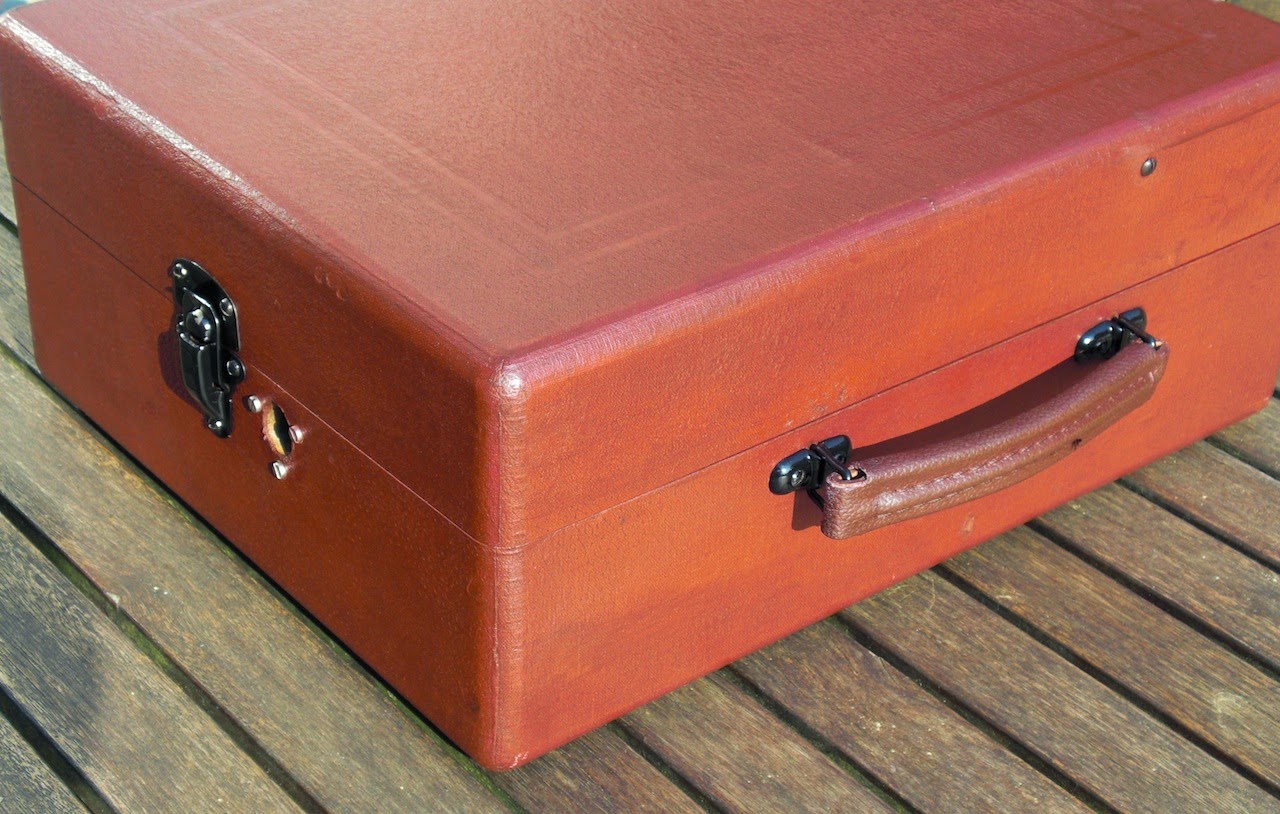 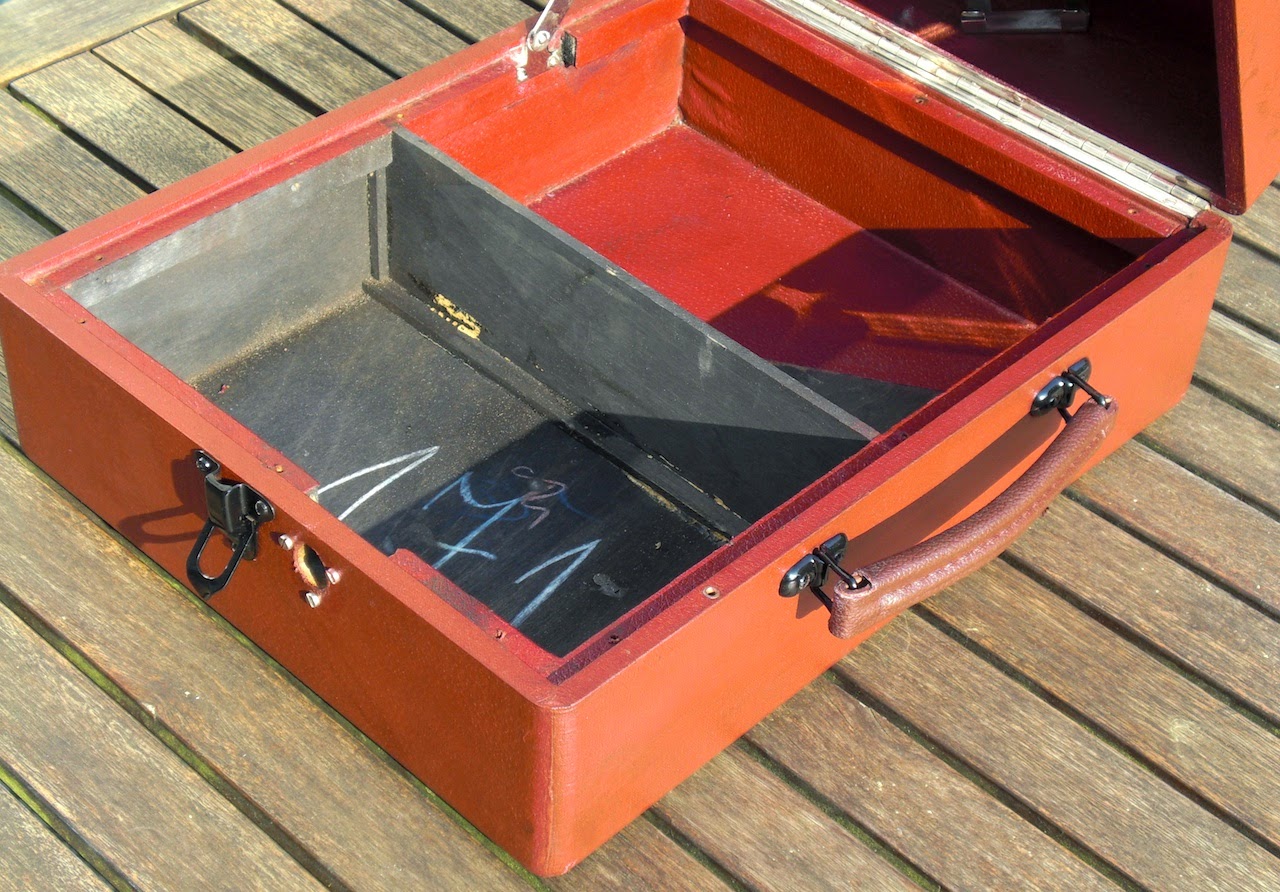 It's still missing a flange for the front winding opening, but that should arrive later this week from the printers.

The logo on the inside record-tray got slightly damaged where it is pushed up by the turntable spindle as you close the lid. The top swirl of the Carl Lindström £ took some damage, otherwise still very presentable and colorful. 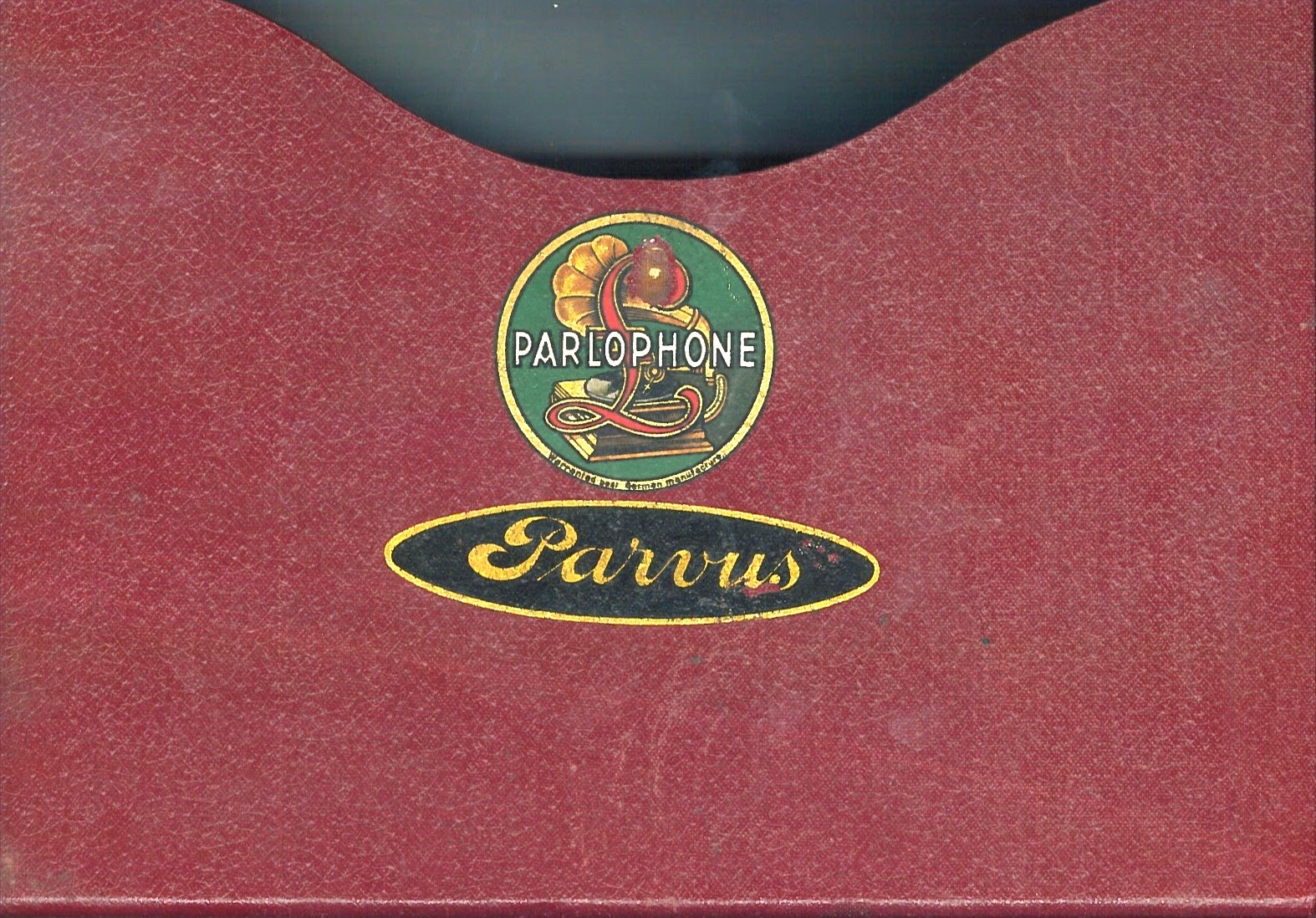 Even though it proudly proclaims that it is warranted best German manufacture, the Parvus decal got put on a bit askew. Small detail, but still...

Overall it is recovering nicely :-)
Posted by RobertG at 9:49 AM