Normally not my cup of tea, but this looked clean in the listing and was really literally just round the corner. And the case still had the key. 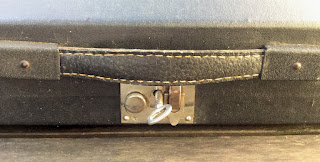 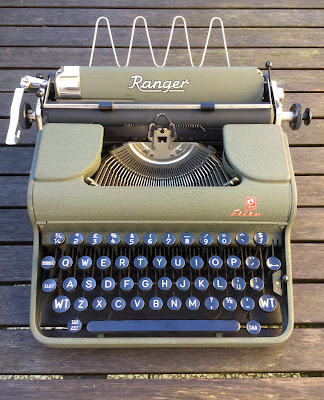 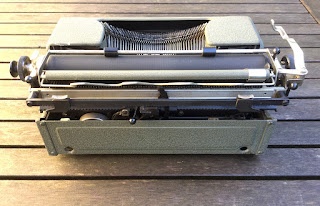 No markings on origin or manufacturer anywhere, two small holes but no type-plate on the backplate. Nevertheless it clearly is an Optima produced Elite based on the original '33 Olympia design. (Many thanks to Nick's great write-up on Optima's.) Spruced up with some olive drab crinkle paint to make it look '52. And as further modernization the control levers that were chrome on the pre-war Olympia are now blackened with bakelite knobs.

Likely branded as 'Ranger' to hide its Erfurt, Germany origins, as also described on Scott's item on 'Anglicised' Schreibmaschinen. Nevertheless the 'Elite' decal is the regular Optima type and includes the Optima company logo. 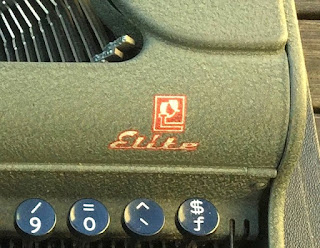 Taking the machine out of the case, putting in paper and it typed away very decently already. Dutch keyboard.

Some more light cleaning, righting the ribbon and it should be fine :)
Posted by RobertG at 12:03 PM